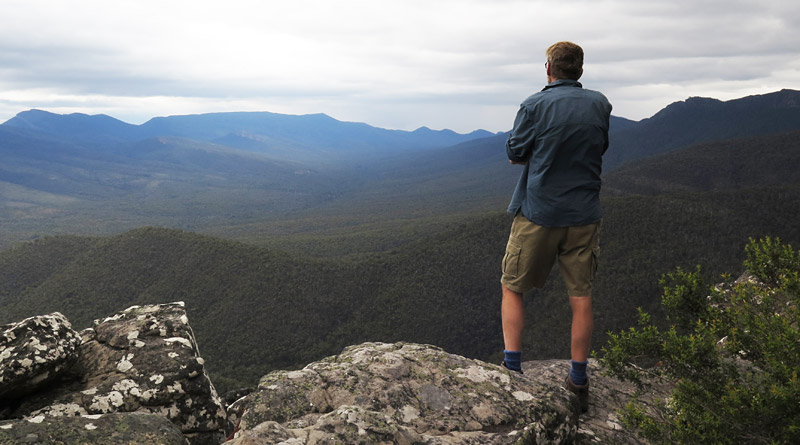 All I wanted was a kangaroo.

Well, okay, I wanted several kangaroos, and close enough to say g’day to, thank you very much. I didn’t want to have to squint to see them bounding across a distant paddock.

I also wanted an emu. And one of those strange, spiky, ant-eating echidnas. And, because you’re not in Australia every day, I wanted a snake. Preferably venomous.

Happily, the Grampians granted all my wildlife-spotting wishes, then threw in something called a bearded dragon and several thousand raucous birds for good measure.

Grampians National Park rises from pancake-flat Victorian farmland about three hours’ drive northwest of Melbourne. It covers 1670sq km, making it twice the size of Tongariro National Park and one of the biggest national parks in Victoria.

It consists of a series of upthrust sandstone ridges with gentle, forested western slopes dropping off sharply in the east in a series of escarpments and serrated peaks.

A hot spot for Aboriginal rock art, the area was originally called Gariwerd but takes its more recent name from a Scottish mountain range. It’s a fabulous place for day hikes because the terrain and abundant wildlife make walking feel like an adventure, while well-maintained trails and modest elevations — few peaks rise over 1000m — make it achievable even for kids and the only moderately fit.

My time in the Grampians was short but luckily I had Marie Killeen, the senior guide at Melbourne-based walking holiday company Auswalk, to show me the highlights.

As a warm-up she took me on a hot and sticky climb through stringybarks and grass trees to the top of Mt Sturgeon, from where we could see the aptly named Mt Abrupt and the rest of the Grampians stretching away to the north.

We met no humans but we did see an echidna snuffling around in the undergrowth and a bearded dragon guarding the trail. I can’t lie and say I didn’t feel an initial twinge of disappointment that something called a dragon was just 25cm long and didn’t breathe fire from its nostrils.

From there we headed to Halls Gap, population 600, a tourist town in the heart of the Grampians.

With the indefatigable Marie leading the way we scaled a series of peaks in an almost Tolkienesque landscape — if you can imagine a really dry Middle Earth — where trails twist around gravity-defying rock stacks and lead through canyons so narrow your elbows scrape either side. And, unlike walking in New Zealand’s dense rainforests, the sparse bush means you always have a view.

One of my favourite walks was the climb to the top of 991m-high Mt Rosea.

The trail started in a shady forest of fire-blackened gums with kookaburras kicking up a racket like a troupe of angry monkeys and wildflowers, especially the bright yellow banksias and lilac fringe lilies, adding splashes of colour.

Soon the bush opened up, the birds fell silent, and the gentle forest trail gave way to boulder-hopping around teetering rock stacks, under rock shelves and up stone staircases.

I was having so much fun I forgot I was walking uphill for almost 5km. It was like exploring a vast outdoor playground complete with wallabies and soaring wedge-tailed eagles.

If any hike can drag kids away from their phones and silence their refrains of “are we there yet?”, this is it.

On the way down we saw an emu with two young foraging in the bush next to the trail. Even the chicks were taller than Marie, who said the adult was most likely a male. In this progressive species, much like our kiwi, dad is responsible for most of the childcare.

After a full day in the Grampians I still hadn’t seen a ‘roo but I needn’t have worried. When I got up the next morning an eastern grey kangaroo was munching the grass a couple of metres from my door with an over-sized joey in its pouch.

Scattered around the motel grounds were at least a dozen of its mates, but that was nothing compared to the kangaroo army hopping around the nearby campground or trimming the grass at the race course up the road.

In the evening the ‘roos were joined by thousands of corellas, a noisy, cockatoo-like bird, swirling in deafening flocks in the sky and roosting in the gum trees scattered around the motel grounds.

If you do go to the Grampians and have time for just one walk I’d recommend the loop trail to the Pinnacle, a 720m-high outcrop overlooking Halls Gap.

Instead of taking the track straight up the ridge Marie led me up a rocky gully dubbed the Elephant Hide, through a canyon called Wonderland and up a series of stone staircases. A super-fit Crocodile Dundee-type character, who was taking his morning walk and looked to be well into his 60s, told us he’d counted all 1092 man-made steps.

Eventually the canyon narrowed to a cleft barely a metre wide, dubbed Silent Street by the locals. The walk was even more enjoyable than the climb up Mt Rosea and was rewarded with a final clamber up the Pinnacle with a commanding view over Halls Gap and along the Grampians’ rocky spine.

My three days in the Grampians were coming to an end but there was still one critter missing from my wildlife wishlist — and then there it was, dark brown, sinuous and about 40cm long, sunning itself on the trail down to Halls Gap.

When I asked Marie what kind of snake it was she answered, “It’s deadly, whatever it is”.

I enquired how she knew and she replied, matter of factly, “they all are”.

However, just as Marie predicted, it sensed our approach and slithered into the undergrowth with only the briefest of backward glances at the humans who had ruined its siesta.

The appeal of Grampians, Marie said, was the park’s sheer concentration of walks and wildlife.

“It has a character of its own, it’s quite different to most places in Australia. It’s the way it has evolved, it’s right there in your face.”

And the Grampians are about to get a whole lot more accessible, especially to serious hikers, with the Victorian and Federal governments throwing huge amounts of money at a multi-day trail from one end of the ranges to the other.

The planned Grampians Peaks Trail is one of four walks around the state singled out by the Victorian government for development and marketing, similar to New Zealand’s Great Walks.

The eight-day, 100km-long Great Ocean Walk, along the scenic Southern Ocean coast, has been open since 2006 and is the best known of Victoria’s long-distance trails.

However, Alysia Brandenburg, of Parks Victoria, told me the Grampians Peaks Trail was currently “the lead horse” with the state investing A$22 million (NZ$23.8m) and central government another A$10m (NZ$10.8m).

The 144km, 12-day Grampians Peaks Trail will be built in stages and eventually stretch from Mt Abrupt in the south to Mt Zero in the north.

The aim was to bring nature-based tourism and jobs to rural Victoria where traditional industries were in decline, Alysia said.

Hikers could camp along the way but the trail was designed so users could spend the nights in comfort at hotels or B&Bs, creating extra employment through demand for accommodation, transport and even packed lunches.

I enjoyed my three-day taster of the Grampians so much I promised to come back some day when the peaks trail is finished.

First though I’ll have to make a new wildlife wishlist. There’s still plenty of uniquely Australian critters I need to meet.

Melbourne-based company Auswalk offers guided walks in the Grampians and other destinations around the Lucky Country. If you’re organising your own walk call in to the information centre near Halls Gap first and bring lots of water. The terrain isn’t especially difficult but the heat and bush fires can be dangerous. Go to www.parks.vic.gov.au for more information. Unlike many parts of Australia there is no charge to enter Victoria’s national parks. Fees were abolished some years ago as part of the state’s drive to improve mental health by encouraging people into the outdoors.

Not yet convinced you need to check out this corner of Victoria? Check out Five things to do in the Grampians… 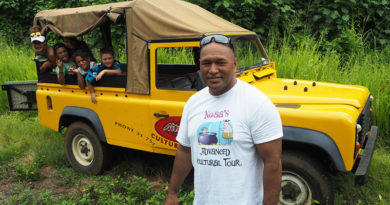 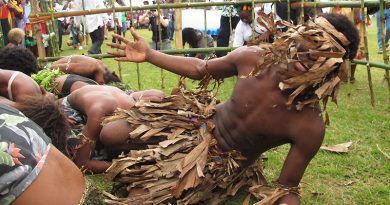