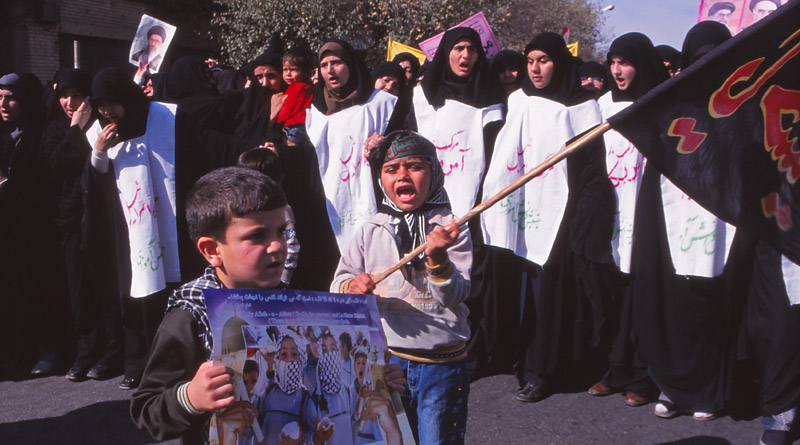 Behruz had bad skin and no girlfriend, and he wasn’t allowed to do anything. These are not unusual adolescent complaints, but Behruz’s misery has an extra twist: He was a teenager in Iran.

We met in the Tehran metro — he’d saved me from climbing aboard a women-only carriage — and his English, gleaned from B-grade movies, was astonishingly good.

Behruz was so keen to leave that he had snuck into Iraq and handed himself over to the Americans, begging to be delivered to the UN. Instead, they’d passed him to the Iraqi police, who gave him a good hiding and sent him home.

“Now I hate even the f—ing Americans,’’ he wailed.

Behruz was convinced the Pentagon was about to invade or,at the very least, raid Iran’s nuclear plants — “and then life will be miserable here, just like in Iraq”.

“I don’t care if she’s ugly or if she’s eight — just find me a New Zealand wife,’’ he pleaded, beads of desperation welling on his forehead.

I’d arrived in the Islamic Republic a few days earlier and hailed a taxi. The driver waited until the other passengers had piled out before he turned to me and said: “Life in Iran is very bad.’’

Using sign language that was soon to become familiar, he circled the top of his head with a finger, mimicking the turbans worn by Iran’s ruling clergy.

“The mullahs,’’ he continued, stroking an imaginary beard, “are very bad.”

When we reached my hotel he waved my 10,000 rial note (about US$1) away. Tears glistened in his eyes.

Iran is packed with 80 million Iranians, all of whom want to be your friend. And they all want to talk: Taxi drivers, shopkeepers, old men who last spoke English in the days of the Shah, teenagers who wait hours at tourist spots in the hope of a five-minute conversation.

They’ll interrogate you about your marital status, bad-mouth the government — and complain about how hard it is to get a shag.

In the long-distance buses, the order of the Islamic Republic asserts itself. Messages scroll constantly across a display: “The passengers’ welfare must be respected’’, or “Please refrain from being too noisy’’.

The buses are also a fine place to make conversation. On one, I sat next to Mohammed, an engineering student who wanted to be a fashion designer.

My news-stand browsing had taught me that Iran was a prudish place — every cleavage in Time magazine is censored with a thick black pen — but it was the first I’d heard about a ban on dancing.

“No sex,’’ he repeated. “At my university everyone is looking for sex. It’s all we can think about.’’

He sighed, so I changed the subject and asked him the question dominating global politics at the time: Were the mullahs building an atomic bomb?

Iran’s nuclear programme was for peaceful purposes only, he said. And if it wasn’t, Iran had as much right to nuclear weapons as anyone else.

“Why is it okay for Israel to have a bomb, but not us?’’ Mohammed asked.

The former US embassy occupies a city block in Tehran, scene of the 1979 hostage crisis and a must-see on the Islamic Revolution trail.

These days, the “US Den of Espionage’’ is a military base, off-limits to visitors. But there’s nothing to stop you checking out the murals around its perimeter.

One shows the US supplying Iraq with weapons in the Iran-Iraq war; another the Statue of Liberty with a skull where its face should be. The slogans are helpfully translated into English: “On that day the USA praises us, we should mourn’’ or “We will make America face a severe defeat’’.

One day I stumbled on an anti-US demonstration. Hundreds of men — the women’s protest trailed a respectful distance behind — were waving banners and burning an effigy of Uncle Sam.

I wondered nervously whether I looked American, and was about to photograph a row of protesters — making sure I had an escape route if things turned ugly — when a funny thing happened. Spotting my camera, they punched the air, chanted and howled with laughter.

A few days later I was boarding a bus to Qom–Mullah City to the locals – when a young cleric, clad in long robes and a turban, took the seat next to me.

Ali was 24 and in his 10th year at theological school. He insisted on paying for my ticket, spoke fluent English and was at least as curious about me as I was about him. He asked me about the status of Muslims in New Zealand, gently scolded me for not going to church and explained the Koran’s teaching on travel.

In turn I asked him whether the 27-year-old revolution had passed its use-by date, since every young person I’d met yearned for more freedom.

“Like in any country, not everyone supports the government … but 80 percent of the people are behind us,’’ he said.

I didn’t have the heart to tell him, but I thought Ali had his figures the wrong way round. I’d never been in a country where the gulf between the rulers and the ruled seemed so vast.

I’d been three weeks in Iran but some things were still a mystery.  Like, how do young men meet a girl and eventually get married when it’s an offence to be alone with a woman that’s not their wife?

I put this to Vahid, a 23-year-old carpet seller with a new car, a fancy cellphone and a girlfriend.

“When we want to meet a girl, we drive around — it helps to have a good car — and when we see one we like, we stop and give her our phone number,’’ he explained. After a few weeks of discreet phone calls and text messages, they arrange to meet in a restaurant. Or, if they are reckless, at home.

Vahid told me how the moral police – the brilliantly named Office for the Promotion of Virtue and Prevention of Vice – had caught him with a girl at a night-time roadblock four years ago.

He was fined, sentenced to 40 strokes of the cane and had his car impounded for a month. But the rules had eased since then, he said. The religious police had been disbanded and, in the cities at least, the tent-like chador worn by women was vanishing.

Instead, young women were wearing form-fitting jackets over slacks and heels; there was even a daring fashion in which they exposed a centimetre of ankle.

When I emerged from the gloom of Vahid’s shop, something odd happened. What had been a mass of black cloth started to resolve into women. Women with dark piercing eyes, locks of hair spilling from their headscarves, and fleeting, forbidden glimpses of ankle. I was starting to see like an Iranian.

Go to my gallery Iran in pictures for more photos from Iran. 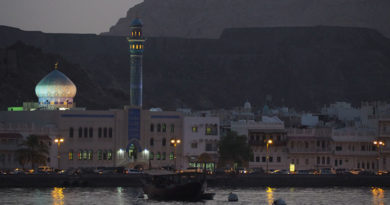 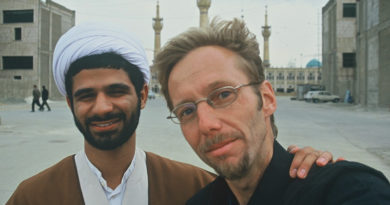 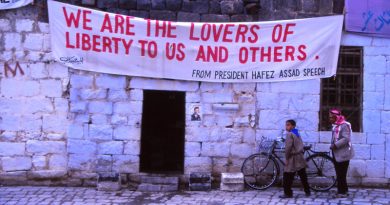 Remembering Syria: Photos before and after the war