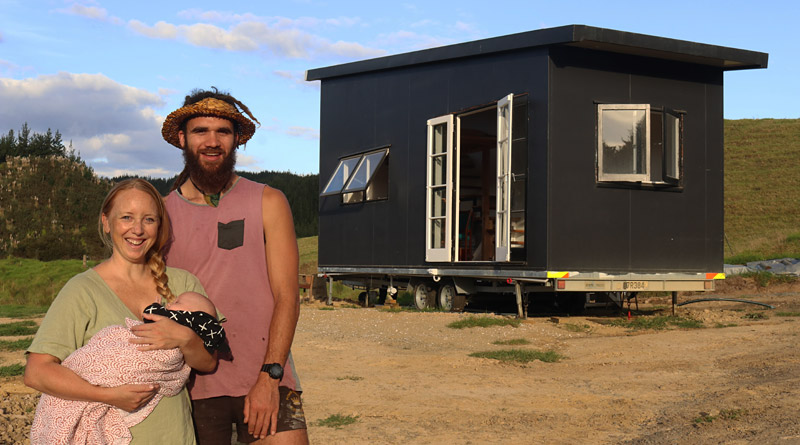 It started with a series of long conversations over flagons of beer on a hilltop overlooking Banks Peninsula.

Rangimārie Mules and Jared Hiakita had reached that point in their relationship where they needed to talk about their future together and what they wanted it to look like.

It took many a hilltop session to refine their vision but from the outset they knew what they didn’t want.

They were determined not to start their adult lives shackled to a mortgage of $500,000 or more, forced to work long hours in jobs they couldn’t leave just to pay for a roof over their heads.

They also wanted to minimise their impact on the environment, practise ‘‘food sovereignty’’ by growing much of their own kai, and forge closer connections to whānau.

The more they talked and explored online, the more their conversations led them back to tiny houses.

Both were living in Christchurch at the time. Hiakita (Ngāi Tuhoe, 31) was employed by a theatre company and teaching at a kura kaupapa Māori, while Mules (Ngāi Tahu, Te Ati Awa, 32) had finished a degree in social anthropology and was working as a contractor.

‘‘It started with the internet, seeing people’s tiny houses pop up on Facebook,’’ Hiakita says.

‘‘I got inspired, and that was coupled with how much houses cost and not wanting to sign up for multiple decades of debt.’’

Mules says the tiny house ideas Hiakita was exploring aligned perfectly with the values they had been brainstorming over hilltop flagons of beer.

Those values included freedom, whānau, sustainability, and being able to choose how they spent most of their time.

‘‘It all came down to tino rangatiratanga, having our own sovereignty over our decisions and our lives.’’

Hiakita says the average New Zealand home has expanded to almost 200sq m even though the average number of people per household is declining.

“Space has been blown way out of proportion. But because people have paid for this giant house they have to drive to work for an hour or more every day, burn all these fossil fuels, and because they have to pay off such a big mortgage they haven’t got time to grow their own food or do things that will lessen their footprint. I’m not judging anyone, but there’s not a part of me that wants that.”

The couple’s tiny house dream lurched closer to reality when family needs called them home to the isolated North Hokianga farm where Mules and four generations of her forebears were raised.

Suddenly, instead of wondering where in Christchurch they could afford to buy a plot of land, they had a family farm where they could start testing their ideas.

More important than that, however, was having family support around them.

“Otherwise it would’ve been just us two battling it out in the city,” Mules says.

The couple opted to build their house on a trailer for practical reasons but also because it suited their mindset.

After leading transient lives throughout their 20s the idea of building an immovable house on a fixed piece of land was daunting, “like a forever thing”, Mules says.

Building a house on a trailer was also a good first step to home ownership because it’s much cheaper than a normal house.

“Plus we can sell it if we need to. The market is all over New Zealand, we can literally tow it to Bluff,” Hiakita says.

The house is built to basic trailer specifications, which means it can’t be wider than 3.1m, heavier than 3.5 tonnes or taller than 4.3m. If it was any bigger moving it by road would involve all manner of bureaucratic headaches.

Whether a tiny trailer house needs a resource consent, however, seems to depend on which part of the country you live in.

Some councils treat a trailer house as if it was a glorified caravan so the only official approval it needs is NZ Transport Agency certification to travel by road.

Unhappy tales abound, however, of people who have built trailer houses only to be banned from living in them by their local council.

Instead of focusing on compliance Mules says councils should be flexible and empower people to find solutions to the housing crisis, “or our generation will be pushed to own our own homes”.

They decided to build the house themselves, even though their experience was limited to a few pieces of furniture Hiakita had made.

“So this was really diving in the deep end. We learnt as we went,” he says.

“I called on a lot of people, even strangers I’d only seen on YouTube channels. We did lots of research, drawing, googling questions, and watching video tutorials. The tiny house communities on Facebook are really good about sharing their knowledge – sometimes I’d put a question on the New Zealand tiny house page and get 50 replies,” he says.

The floor area is just over 19sq m with a sleeping loft of about 6sq m. So far Hiakita has finished the loft and a working desk nestled under the stairs; a kitchen with a 3m-long recycled kauri benchtop will occupy the other corner below the loft while a couch and woodburner will just about fill the other end of their home.

“Every single centimetre counts in a small space, but that’s the beauty of it. It’s a really intentionally designed space. I want everything to be as simple and as user-friendly as possible,” he says.

The walls are constructed from structurally insulated panels which provide the framing, insulation, cladding and interior lining in one. They are light, relatively cheap and should keep the house warm in winter and cool in summer.

A composting toilet, water tank and a shower partly open to the elements will be just outside the back door; a deck on either side will provide extra space.

“The good thing about tiny houses is they force you outside a lot more. We love being outside,” Hiakita says.

The couple’s tiny house is just part of a bigger, and ever expanding, project.

It will have its own grey water system and be off the grid with power from an array of solar panels.

ather than have the panels mounted on racks on the ground, wasting valuable gardening space, Hiakita has built a shed and placed them on the roof. The shed will also serve as a rain harvester, workshop, car port and music space.

Meanwhile they have been studying permaculture in Matapōuri and will put that knowledge into practice by creating a “food forest” outside their front door.

“The tiny house is just one component of a holistic vision,” Hiakita says.

“The next phase will be planting out the whenua with the aim of getting as much food as possible from the land, with as little time and external input as possible by creating an ecosystem that can almost look after itself.”

For now both still have day jobs, plus a two-month-old baby, Taupae, to look after.

Hiakita works part-time for Para Kore, a waste reduction programme for marae and Māori organisations, while Mules runs her own business specialising in social innovation and systems change.

She wants to keep working but Hiakita would be quite content as a man of the land, growing food for his family.

Neither expects to have difficulty sharing a 25sq m space with the other.

It will help, Mules says, that they can seek occasional refuge with family in four other houses in the area, or find extra space in a covered balcony at the front of the house.

“But when you’re in here, you realise there are actually multiple spaces. You just have to change your mindset around space. It’s kind of cosy, like when you’re tramping and staying in a hut.”

Far from feeling like they’ve been forced to compromise on the size of their home by economic forces, Hiakita says they feel immensely privileged.

“We have the right mindset and the right work ethic to have a really good nudge at creating something that’s good for the Earth, good for us and the people around us. And maybe we can be a good example, to show others what’s possible.”

Jared Hiakita and Rangimārie Mules share a few tips for anyone thinking about building their own tiny house.

1. Watch lots of videos, follow Facebook pages about tiny houses, and absorb as much tiny house media as you can.

2. Even if you haven’t made up your mind about building a tiny house, start designing a space – either with pencil and paper or a free programme like SketchUp.

3. Ask questions on tiny house forums on Facebook. The tiny house community is extremely supportive and willing to share knowledge.

4. If you need to keep the cost of your tiny house down, start looking for second-hand or discounted materials well in advance (assuming you have a place to store them). If you buy all your materials while you’re building, you’ll be limited to the prices available in a small window of time.

5. Don’t wait until you have $30,000 in your pocket to get started. If you can regularly put a few thousand dollars aside you can start collecting materials.

6. Explore all housing options, don’t lock yourself into a tiny house early on. A rammed earth house, for example, could turn out to be the best option for your circumstances. Make sure whatever you choose complements your values.

7. Follow your dreams but at the same time be pragmatic.

People have long lived in what we would now regard as tiny houses.

Increasing material wealth since the mid 20th century, however, has allowed homes across the developed world to balloon in size.

In 1974 the area of the average Kiwi home was 110sq m; by 2010 it had expanded to 199sq m even as the average number of people per household declined.

One of the first people to popularise the term was author Lester Walker with his 1987 book Tiny Houses, though 19th century writer Henry David Thoreau — who spent two years documenting his life in a 14sq m cabin — is often regarded as the movement’s ‘‘patron saint’’.

Originally a reaction against rampant consumption and environmental degradation, tiny houses took off in the US when the 2008 sub-prime mortgage crisis and ensuing Global Financial Crisis made normal homes unaffordable to many.

The movement took hold in New Zealand about five years ago.

There is no set definition for a tiny home but in New Zealand most range from about 20sq m to 35sq m. Many are built on trailers for mobility and to avoid — in some parts of the country anyway — the high cost of building and resource consents. 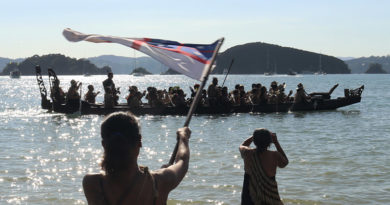 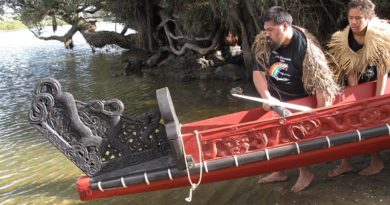 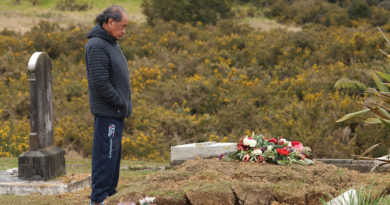