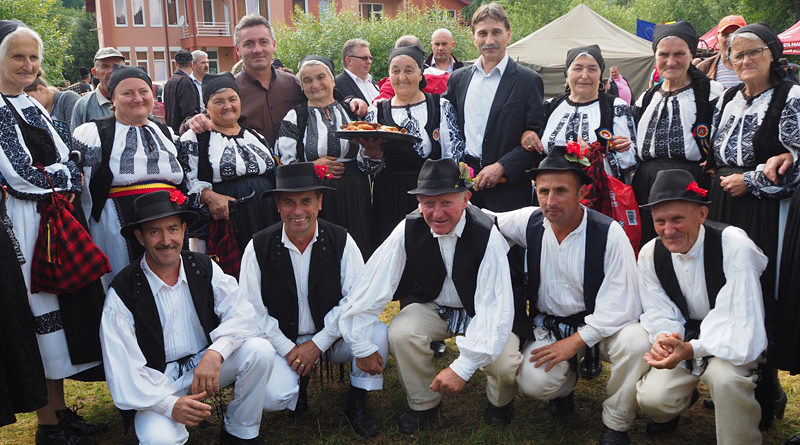 It started centuries before Tinder as a mountaintop matchmaking event for lonely shepherd boys and pretty village girls.

These days Romania’s Maiden Fair, also called the Girl Fair or Târgul de Fete in Romanian, is not so much a romantic event as a cultural one, helping to keep the Balkan country’s rich folk traditions alive.

When I lived in Eastern Europe in the 1990s the festival was near the top of my travel wishlist, yet I never quite managed to get there.

Finally, in 2016, I had a chance to make the journey deep into Romania’s Apuseni Mountains — and this time nothing was going to stop me experiencing the Girl Fair.

Well, nothing, except possibly the curse of Mount Găina… But first let me tell you a little more about the festival.

The Girl Fair was first documented in 1816 but its origins are thought to go back much further, at least to the 17th century, making it one of the longest-running events in Romania.

It takes place every summer on top of 1500-metre-high Mount Găina, at the junction of three counties in western Transylvania (yes, that is a real place, not just the setting of a 19th century novel).

Originally the festival was a chance for people from isolated settlements in the surrounding valleys to trade and renew ties.

Just as importantly, however, it was also a chance to find love. Families would dress their daughters in their finest clothing in the hope of catching the eye of a young man from another village.

These days the festival’s importance as a matchmaking event have faded but it still fulfills a vital role in celebrating and preserving the Apuseni Mountains’ traditional music, clothing and crafts.

Before dawn on the Friday nearest July 20 every summer a group of women gather on the mountain to signal the start of festivities by playing the tulnic, a two-metre-long wooden instrument similar to the Alpine horn, originally used to communicate across the mountains. [Click here if you want to know what a tulnic sounds like.]

What follows is three days of folk music, dance, food, socialising and possibly still the odd bit of romance. That’s how it’s supposed to go anyway.

When I arrived in Cluj-Napoca, the biggest city in northwestern Romania, I still didn’t know the exact date or location of the Girl Fair. Strangely, considering it’s one of the country’s longest surviving folk festivals, nor did anyone at the tourist office.

Eventually I established I had to catch an overcrowded, oppressively hot bus to Câmpeni, four hours away. Another bus took me the last 30km into the mountains to the village of Avram Iancu, where I finally arrived at dusk.

From there I’d planned to walk the last 8km up a rutted mountain road to the festival grounds atop Mount Găina, where I would camp in a makeshift tent and experience the festival’s pre-dawn start.

Avram Iancu was already packed with people, many of them wearing traditional costumes and carrying instruments I’d never seen before. One group had travelled all the way from Moravia, in the Czech Republic, carting a 100kg hammer dulcimer (imagine a cross between a zither and a grand piano, played with a pair of flexible hammers).

The village’s only street was lined with stalls selling crafts and mici, sausage-shaped grilled pork mince served with bread and washed down with copious amounts of ţuică (plum brandy). Spirits were high but, ominously, what had started as a light drizzle was getting steadily heavier.

I had only a few sheets of plastic and some string to improvise a tent so I didn’t fancy my chances on an exposed mountain top.

I also knew I had no chance of finding accommodation — even on a quiet weekend beds in Avram Iancu are few and far between — so I went in search of a dry place to sleep.

Up a gravel road I found a lean-to built against the side of a barn to shelter chickens. Above the coop was a small loft with just enough space to roll out my sleeping bag and a layer of leaves and rags to serve as a mattress.

With a farmhouse only metres away it wasn’t ideal, but the rain had turned torrential so I didn’t have much choice. I snuggled in above the chooks as a thunderstorm raged and rain pounded the metal roof just above my head.

Early the next morning I slipped out before the farmer could find me and walked back to the village, where the news wasn’t good.

“Everything is destroyed,” I was told by a grim-faced organiser.

Apparently the stages on Mount Găina had been demolished in the overnight storm and the mountaintop festivities had been cancelled. A shorter version of the festival would take place on Avram Iancu’s village green instead.

But still the rain kept falling. I sheltered in a café until I couldn’t stomach any more coffee and, bitterly cold as well as wet, went back to my chicken coop to warm up.

Around 3pm the sun emerged at last, and with it some of the performers who’d fled the mountain. Women with faces aged by decades of working in the fields played the tulnic, men in curious felt hats played wooden flutes, and young girls whirled and danced.

Perhaps the best entertainment, however, was watching buses getting stuck axle-deep in the swampy ground, followed shortly afterwards by the trucks trying to tow them out. Eventually a hulking, smoke-belching tractor came to the rescue.

The Girl Fair might be one of the oldest festivals in Romania but it’s not immune to modernisation. Late on Saturday night the folk musicians cleared the stage for a series of Romanian rock bands, the heavier the better.

The evening started well thanks to a bunch of new friends including a journalist from Bucharest, but soon the rain set in again. By 9pm I couldn’t stand it any longer and fled back to my chicken coop.

This time the rain was so heavy it worked its way through the tiniest gaps in the metal roof, which I plugged as best I could between fitful bouts of sleep.

The following morning the festival was supposed to resume on the village green at 10am but with fresh damage to be repaired and more mopping up to be done it was postponed to noon. Or maybe later.

By then I’d had enough. I slung on my pack and started walking, following a narrow road beside a twisting river as it tumbled from the mountains. I soon dried out, warmed up and got a series of rides, first with a kindly old couple, then a young man in a black Audi.

The driver told me he was also fleeing the festival. He spat theatrically out the window and said: “The weather is always shit here. It’s a kind of curse.”

So I still haven’t been up Mount Găina or properly experienced the Girl Fair. I suspect it’s one of those places that will stay on my wishlist, just out of reach. A bit like a shepherd boy’s unrequited love for a pretty village girl.

The Girl Fair takes place in the Apuseni Mountains of northwestern Romania every summer during the weekend closest to July 20. From the city of Cluj-Napoca, the unofficial capital of Transylvania, you first have to find a bus to Câmpeni, a four-hour trip which may involve a change at Turda.

From Câmpeni you’ll need to catch an infrequent bus the last 30km to the mountain village of Avram Iancu, from where you can hitchhike or walk to the mountain-top festival grounds. It’s 8km by road, shorter if you take one of the more direct trails through the forest.

Given the challenges of getting to the festival by public transport it’s worth taking your own vehicle, which can also double as a shelter if you too are struck by the curse of Mount Găina.

If you want a peek at the festival watch this video or maybe this one. They’re in Romanian but you’ll get the idea. 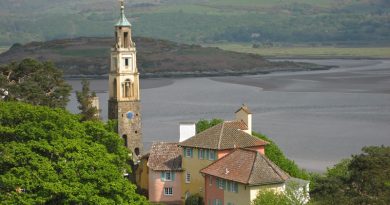 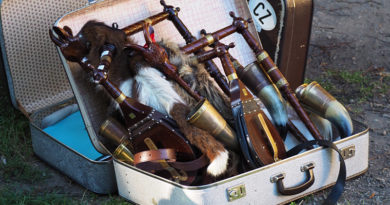 Best known for its ancient wonders, Egypt also boasts biblical sites, superb snorkelling, stoner hangouts, trips down the Nile on traditional sailing boats, and — best of all — sleepy oases of date palms and mud brick homes deep in the desert.