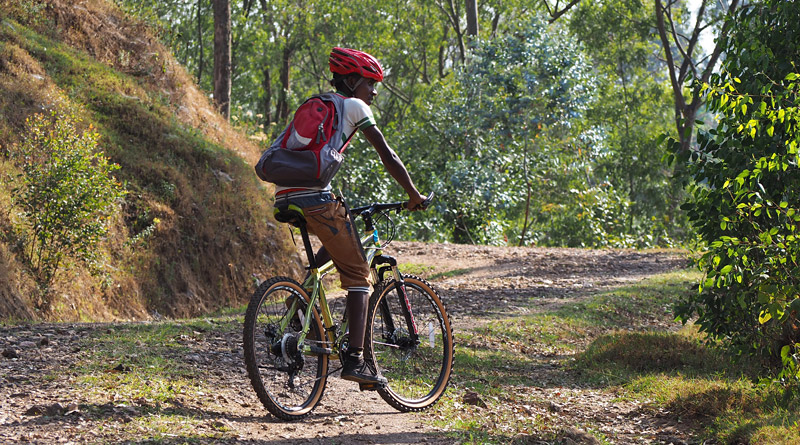 “Mzee!” shouted the children running home for lunch on a red dirt road. “Mzee!” called an old woman crouched in a doorway of her breezeblock home. “Mzee!” said a policeman standing guard at a jetty, tipping his cap in mock salute.

I guessed the word meant something like white man or foreigner. That would make sense, after all, in a place where tourists are still novel enough to attract attention.

However, the sheer number of people calling out the greeting as I pedalled through the Rwandan countryside had me puzzled. I asked my guide, Yannick, for a translation.

“It means old man,” Yannick laughed. “That policeman said he hoped he is still riding a bicycle when he is as old as you.”

I wished I hadn’t asked. As a man of middle age I’m not yet used to being regarded as elderly, though I can’t deny the patches of grey creeping through my stubble — or that in many parts of the world people would count themselves lucky to reach my age.

I’d ended up on a cycling trip with Yannick because I had a couple of days to kill before a cousin’s wedding in Kigali, the capital of Rwanda. This small central African country seared itself into global consciousness through genocide but these days it’s better known for its gorillas.

I’d headed north to Musanze, a city near the gorilla lands of Volcanoes National Park, but found my budget wouldn’t even come close to an encounter with a silverback. Instead — because I’d heard good things about bike tours a few days earlier — I asked the helpful folk at my guesthouse if they could arrange a guide.

Barely an hour later Yannick Ngabo was at the gate with an extra bicycle, a helmet and even a lycra shirt (I declined the lycra but he insisted on the helmet). Like many of the young Rwandans I met Yannick was charming, affable and softly spoken.

It also turned out he’d been a member of the Rwandan national cycling team, which become obvious towards the end of our ride. But more about that later.

Rwanda is possibly not the first place you’d think of if you were asked to compile a list of cycle-friendly countries. Even the locals’ nickname for their country, The Land of 1000 Hills, warns you that cycling isn’t necessarily a ride in the park.

However, Rwanda is developing a name as a cycle destination, thanks largely to the five-day Congo-Nile Trail, said to be one of the best bike trips in central Africa. It stretches 230km from the northwest corner of the country to the southwest on a mix of paved roads, four-wheel-drive tracks and bush paths more or less parallel to Lake Kivu, a Great Rift lake which forms Rwanda’s western boundary.

What’s more, Rwanda is so small cycling is a perfectly practicable way of getting around, while its high elevation — Musanze, for example, is 1845m above sea level — keeps temperatures surprisingly comfortable for a country this close to the equator.

Yannick offers a variety of trips which he adapts to his customers’ interests and fitness. The most popular is the half-day Village Ride which, as the name suggests, offers a look at village life around Musanze. He also takes tours along the Congo-Nile Trail and in neighbouring Uganda.

I opted, however, for the Twin Lakes Ride to a pair of pretty, birdlife-rich lakes east of the city.

For the first hour or so we followed a dusty red clay road through a series of villages. School had just gone out for lunch so the road was teeming with children streaming home and calling out “good morning!”, “mzungu!” (white man), “mzee!” (old man, as I later discovered) and the unfortunate “give me money!”.

Some kids, not content with merely offering a greeting and a high five, would run alongside us for extraordinary distances. No wonder this part of the world produces such outstanding athletes.

Rwanda is a densely populated, almost oppressively friendly country, so I was glad Yannick was with me to deflect some of the attention. I did wonder, however, what was the more unusual sight in rural Africa — the middle-aged white man or the lycra-clad Rwandan pedalling a shiny new mountain bike?

From Lake Ruhondo we climbed a short, steep, switch-back road to the higher Lake Burera, where Yannick found a grassy stretch of shore for a picnic lunch.

There the young entrepreneur told me he’d started his business, Lava Bike Tours, when he was just 17.

At first he had just one bike so he could offer tours only to the rare tourists who turned up with their own wheels. Eventually he saved up enough money to buy a second bike and then a third.

By the time I met Yannick he had six well-maintained mountain bikes and was juggling his fledgling business with evening classes at a tourism management school.

In impeccable English he told me he spoke the national language, Kinyarwanda, at home with his grandmother but when he started primary school he had to speak French, at that time Rwanda’s language of government and education.

In 2008 the government switched the nation’s second language from French to English almost overnight, officially to strengthen ties with its neighbours and former British colonies Uganda, Tanzania and Kenya.

Unofficially, it was a snub to France, which the government still accuses of aiding the genocide which killed more than a million Rwandans in 1994.

Whatever the reason it makes travelling in Rwanda very easy for visitors from the English-speaking world.

After a fast ride back down to Lake Ruhondo, Yannick offered me the option of pedalling the same way back to Musanze or catching a boat to the far side of lake then taking a longer route back. It was no contest.

He phoned a friend — there’s barely a corner of the world that cellular technology hasn’t reached — and within minutes a ferry made of rough planks, with a canvas roof and an outboard motor, chugged into view. Chartering the entire boat cost me 8000 Rwandan francs or just over NZ$12.

Freed of the need to dodge potholes or small children I could focus fully on the scenery. The lake was ringed by steep hills, all intensively terraced and cultivated with banana trees and sweet potatoes or dotted with mud-brick homes. Raggedy children waved from shore, fishermen cast nets from dugout canoes, fabulous birds — herons, ibises and pelicans, to name a few — scanned the shallows for fish, and the perfect cones of Volcanoes National Park loomed dramatically in the distance.

The boat delivered us to a jetty on the far side of the lake, the one where the policeman said he hoped he was still cycling when he was as elderly as me, and from there we coasted downhill on a stony road beside a river draining Lake Ruhondo.

That was a particularly lovely part of the ride with the valley carved into steep terraces as intensely green as rice paddies in Bali, and the only sounds the hum of our tyres and a raucous chorus of frogs from the valley floor.

All good things come to an end, of course, and eventually our riverside track joined the asphalt main road back to Musanze.

It was a hot, brutal, and seemingly endless climb. I’m sure I only made it thanks to Yannick’s unwavering, gentle encouragement. I thought my lungs were going to explode but Yannick didn’t even break a sweat.

It was then that I learned he had only recently quit the Rwandan national cycling squad to concentrate on his business.

After showing me back to my guesthouse Yannick even made it to his evening classes on time. As for me, I ordered a cold Virunga beer and had a lie down. What else could an elderly mzee do?

Musanze, formerly known as Ruhengeri, is two hours north of Kigali, the Rwandan capital. Minibuses leave every half hour from Kigali’s chaotic Nyabugogo bus station. For more information about Yannick’s bike trips go to lavabiketours.com or see his Facebook page.

I stayed at Amahoro Guesthouse which doesn’t have a sign but people will point you in the right direction (look for the green roof and green gate). Guesthouse staff can hook you up with other guides — Honore is also highly recommended — if Yannick isn’t available.

Musanze can serve as a staging point for trips into Volcanoes National Park to climb the mountains or hang out with the gorillas, though you can also stay in the mountain village of Kinigi, which has fewer facilities but has a lovely setting at the foot of the volcanoes and is much closer to park headquarters. 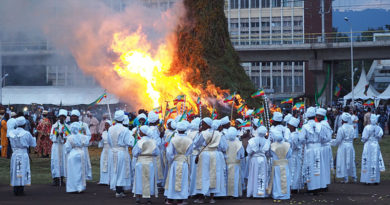 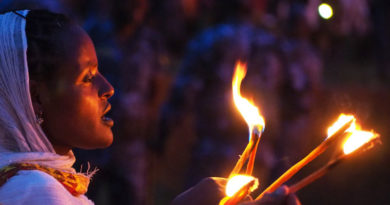 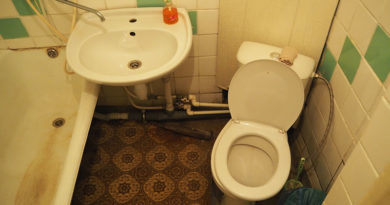