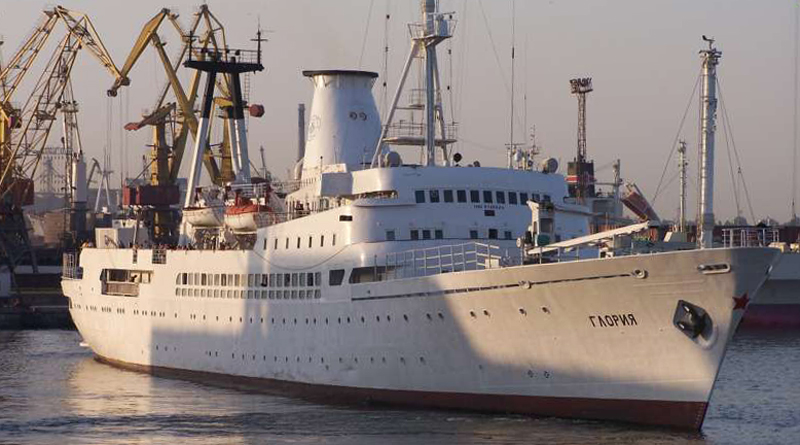 Something didn’t seem quite right.

I’d booked a berth on a Black Sea ferry in mid-summer and expected it to be packed with tourists.

Instead I was sharing the ship with a dozen sailors, a handful of Turkish businessmen, and 169 Eastern European women with a penchant for peroxide and pink miniskirts.

I’d been holidaying in Ukraine – if two weeks of bland food, surly service and blocked toilets can be called a holiday — so a ferry across the Black Sea to Turkey seemed a good idea.

A NZ$140 ticket bought me a bunk in a shared cabin for the two-night voyage aboard the MV Gloriya from Odessa to Istanbul.

The ferry looked seaworthy, the Russian sailors were friendly and the two Turks sharing my cabin were pleasant enough. I just couldn’t work out the other passengers.

It was Vadim, a balding Russian purser with a mouthful of gold teeth, who put me in the picture. He’d picked up his English during decades at sea and explained the Gloriya was built as a research ship but converted to a passenger ferry in the 1990s when the Soviet Union disintegrated and money for science ran out.

Vadim apologised for the lack of English on board — all announcements were in Russian and Turkish — and pinned up a list stating the name, age and nationality of every paying passenger.

That’s when I clicked.

I’d accidentally booked a berth on a ship shuttling Eastern European sex workers to the brothels of Istanbul.

For what amounted to a floating brothel, life aboard the Gloriya was remarkably uneventful.

There was little entertainment — except, perhaps, marvelling at the sheer impracticality of Ukrainian attire — and most passengers passed the time sunbathing and smoking cheap cigarettes. One night a disco deep in the bowels of the ship pumped out awful Russian covers of awful American dance songs. The lifeboat drill was ignored by everyone but the hapless Kiwi and an elderly Turk.

The days were punctuated by three stodgy meals served in shifts in the Gloriya’s dining room. The highlight came one breakfast when the crew tried to serve pork sausages to the Turks — who, as Muslims, are barred from eating anything that started out as a pig — and some of the more excitable young men threatened to jump the counter and give the cooks a hiding.

But usually I was the only man in the dining room. My fellow diners were a cheerless lot. They bent their sunburnt faces over their plates and shovelled the stodge away. With their thick-set shoulders and heavy arms, they could have walked straight out of their village fields.

One of the passengers stood out. I’d first seen Klara as she boarded, teetering up the gangplank in heels and dragging a heavy suitcase. A redhead in her 20s, Klara laughed readily and spoke a little English she’d picked up from customers on earlier trips to Turkey.

She told me she’d lost count of the number of times she’d taken the ferry. Like her mother and sister, who were also working in Istanbul, she had to return home every two months for a fresh visa.

But even Klara wasn’t keen to talk much. “Please, not so many questions,’’ she’d say.

At first I couldn’t understand why she would trade even a dismal Ukrainian village for a brothel in Istanbul.

But then I remembered what I’d seen during overnight train rides across rural Ukraine: Railway platforms crowded with miserable, dimly lit stalls, where women waited all night in the hope of selling a jar of preserves. A woman bent in half with age and begging at 3am for “a few kopecks”, a fraction of a cent. Men grimly downing spirits at hole-in-the-wall railway bars.

For Klara, prostitution was a chance to get ahead. She planned to keep travelling back and forth across the Black Sea for another year, save some money, then set up a business or buy a home in Ukraine.

Early on the third day the sea changed from grey to a deep metallic blue and the horizon grew crowded with ships converging on the Bosphorus, the narrow waterway that separates Europe from Asia.

In places the strait was just a few hundred metres wide with houses spilling down to the water’s edge and huge freighters passing almost close enough to touch.

The sun was setting as the Gloriya rounded a last bend in the Bosphorus, revealing a skyline of domes and minarets straight out of a Middle Eastern fable.

As the call to prayer rang out from the city’s mosques, a young Moldovan woman — she looked about 18, with dark hair spilling down her shoulders and trembling hands — pulled out a cigarette and asked me for a light.

I didn’t have a chance to answer. She fell to the deck and howled with what I could only imagine was grief and fear and loneliness. I felt helpless. I had no way of comforting her.

I saw her again after the chaos of Turkish customs. She had wiped the streaks of mascara from her face and was dragging a suitcase towards a line of waiting taxis, through a gauntlet of smirks and offers of “fikky-fikky”.

Minutes later the women were gone, all 169 of them, swallowed up in the dark, rain-slicked streets of Istanbul.

I still wonder what became of them. I hope Klara has bought a house. I don’t like to think of her forever on the Gloriya, sailing back and forth to the brothels of Istanbul.

The MV Gloriya was built in East Germany in 1968 as the research vessel Akademik Vernadskiy. It was converted into a passenger ship in 1997, a few years before my memorable trip across the Black Sea.

It seems I don’t have to worry about Klara spending the rest of her life travelling back and forth on the Gloriya — according to Robin des Bois, of Shipbreaking.com, the ship was sold for scrap in 2010 and was due to be demolished in Turkey.

Women continue to travel to Turkey from impoverished former Soviet states to work in the sex industry. Some, like the women in this story, go voluntarily; others are victims of human trafficking. The problem is particularly acute in Moldova which in the 1990s took the title previously held by Albania of the poorest country in Europe, as measured by GDP per capita.

Thanks to Vladimir Knyaz for the main image on this page of the MV Gloriya. 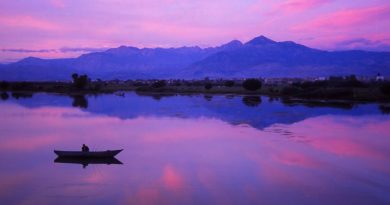