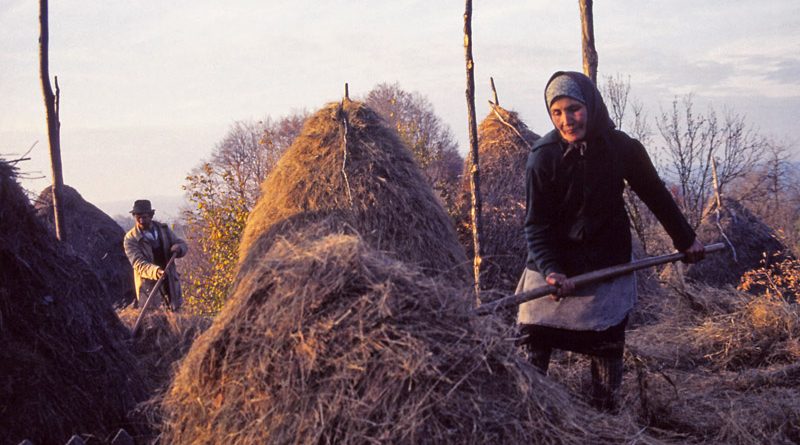 Legend has it that a long-lost ethnic minority was rediscovered by a hiker who heard a familiar tune while wandering in a remote corner of the Balkans.

It was the early 1990s and borders had just started opening up in Eastern Europe after decades of isolation.

The hiker, like many of his Czech countrymen, loved to explore Europe’s wild places on foot. This particular summer he was walking in the Banat Mountains of Romania, near the country’s border with what was then still Yugoslavia.

One day, however, he heard something that stopped him in his tracks. From a distant meadow across a mountain valley he heard the unmistakable melody of a Czech folk song.

But why was someone playing an old Czech tune on a mountainside in Romania? Or was his mind playing tricks on him after too long alone?

He set off to investigate, eventually finding a shepherd playing a wooden flute as he watched over his flock. The hiker had acquired a few phrases of Romanian so he was about to greet the shepherd in the local language, but the old man got in first with a cheery dobrý den! (Czech for ‘good day’).

The hiker was flummoxed. Why was a Romanian shepherd talking to him in Czech?

It was nothing, however, compared to the surprise that awaited him when he accompanied the shepherd back to his home village. There, strung out along a mountain ridge, was a village without cars, tractors, telephones or power, looking like it had been transplanted from the 19th century.

That wasn’t the surprise, however, because such villages are still reasonably common in the Balkans.

The surprise was that everyone in the village spoke Czech — and not the kind the hiker was used to at home, but an old dialect spoken in Czech villages almost 200 years earlier.

For a moment the hiker wondered if he had somehow stumbled through a time warp and ended up in the 1800s.

I know this story because the hiker was one of my drinking companions when I used to frequent a slightly seedy, but very welcoming, pub near the main square of České Budějovice, a city in the Czech Republic.

He did, however, bring them to national attention in their Czech homeland. He also became something of an authority on the subject, writing a number of booklets and delivering talks around the Czech Republic. Later he lived in the Banat Mountains for several years and taught Czech literature at a village school.

Jaroslav also told me, over many a handle of Budvar beer, how these Czechs ended up more than 1000km from home.

In the early 18th century the Czech lands and Romania were part of the Austro-Hungarian Empire. The empire was expanding rapidly southwards but its newly acquired borderlands were sparsely populated, making them vulnerable to invaders from the other side of the Danube River.

To shore up these borders the emperor invited Bohemians (people from the western part of the Czech lands) to settle in the mountains along the Danube. The attraction for the settlers, apart from the promise of land for farms and villages, was exemption from military service.

In those days compulsory military service was long — six years if you were lucky — and arduous. For subject peoples such as the Czechs there was the added ignominy of having to serve a foreign emperor who had occupied their lands.

[The desire to avoid Austrian military conscription also brought many Bohemians to New Zealand, including the founders of Puhoi, these days a popular tourist destination north of Auckland, and the artist Bohumír (Gottfried) Lindauer.]

Conditions were tough in the Banat Mountains, where the altitude was higher and the land more rugged than the Czech farmers were used to, but they survived.

During the 1820s they established six villages and were, for the most part, forgotten by the outside world. They managed to cling to their language and traditional ways even during the oppressive rule of communist dictator Ceaușescu.

Some years after Jaroslav’s encounter with the shepherd I was lucky enough to meet these long-lost Czechs for myself, when I was invited to tag along with a documentary crew from Český rozhlas (Czech Radio) and Dana Vitásková.

Dana is the partner of renowned Czech photographer Michal Tůma but is an accomplished documentary photographer in her own right. Together they publish top-quality photo books under the imprint Foto Mida.

We left České Budějovice one autumn evening in 1998, reaching the Romanian border at sunrise the next day.

As we approached our destination cars were replaced by horse-drawn carts and the potholed main roads of the plains narrowed into dirt roads that twisted crazily through the mountains.

When the road came to an abrupt end we found ourselves on a hilltop, in the middle of a village half hidden in the mist. We got out and looked around. The scenes that greeted us were disorienting. Here we were, deep in Romania, in what appeared to be a outdoor museum of traditional Czech life.

A sign attached to a fading pastel-coloured building read Škola (Czech for school). Another, just across the village’s dirt road, said Kulturní dům – Vítáme vás (House of Culture – Welcome). A little girl skipped past and called out a cheerful Dobrý den!

Our hosts in the village of Rovensko were the Pražák family, who were also the only people in the village with a telephone. In a ritual that was to became very familiar, they greeted us with a bottle of home-made slivovice (plum brandy), then sat us down in their courtyard kitchen and fed us.

Their hospitality knew no limits. At all hours of the day Grandma Pražák brought us staggering quantities of pork, liver, home-made bread, honey, coffee made with milk fresh from the cow, and, of course, more slivovice.

Jen si dejte! (Have some more!) was a phrase we heard many, many times a day.

When we finally persuaded the Pražáks we couldn’t possibly eat any more they took us to our accommodation. One of many homes left empty as villagers leave for the bright lights of their homeland, it had earth floors, a wood-fired stove in every room, mattresses filled with leaves, and legions of mice.

Like all homes in Rovensko, there was no running water. Every morning someone would be nominated to walk down a long hill to the village well and return carrying two buckets of water on a pole.

The young men would show off by collecting water on horseback, charging up the hill without spilling a drop from huge buckets they gripped in each hand.

The modern world hadn’t completely passed Rovensko by, however. Mains electricity arrived in 1994 (before that a generator driven by a tractor engine provided a few hours of power in the evening) and almost every house had a TV. Apparently, one house even had a bath.

Though the villagers’ lives were tough — they worked long hours every day in fields too steep for machinery, and even in early autumn it was bitterly cold — they couldn’t be described as poor.

They hardly seemed to need money because they grew or made almost everything they needed: meat, milk, cheese, bread, fruit, slivovice (every house has a still), even tea and coffee. All they had to buy was sugar, salt, oil and clothing, available in a modest shop which also served as a pub and the village’s social centre.

Three things greatly impressed me about the Czechs of Rovensko.

The first was their hospitality. Every day we had to refuse a dozen invitations to villagers’ houses for breakfast, lunch, dinner, coffee and cake, or just a shot of slivovice to warm ourselves up. Every day was one long meal.

Also, their work ethic was extraordinary. They had managed to survive in an unfamiliar and sometimes inhospitable land, growing almost everything they needed using methods we would describe as sustainable or in harmony with the environment. For them, however, it wasn’t a matter of ideology, it was just how they lived.

The other thing that impressed me was the way they matched their capacity for hard work with boundless stamina for partying.

Our visit coincided with posvícení, the village’s annual harvest celebration. Every morning of the three-day festival everyone went to church — the priest checked all the young people were present with a roll call at the beginning of the service — followed by a second mass in the afternoon. And then, about 5pm, the real celebrations would begin.

It seemed every inhabitant of Rovensko crowded into the village hall, which was lined on one side by grannies wearing their finest headscarves and brightly coloured skirts, and old men in stiff suits and hats on the other.

Between them, everyone from the age of five to 65 danced to every song, however badly played by the Serbian band. A break at 9pm gave the revellers a chance to go home for dinner, and then the fun continued. Our hosts’ 15-year-old daughter came home each morning at 7am; every night when we went to bed exhausted around midnight, children barely old enough for school were still dancing.

It’s not clear how long Rovensko’s way of life can continue. Many young people are choosing to start new lives in the Czech Republic, where life is less arduous and opportunities for work and education are greater. The older generation even encourages them to go, so their lives won’t be as hard as their parents’.

Even during our short stay we watched as a young couple and their child left Rovensko for good, and saw the tears of the parents and grandparents who stayed behind. These days most villagers are elderly and marriages are rare.

I can’t blame them for wanting to leave but I’m sorry a way of life is vanishing forever, long after it disappeared in their Czech homeland.

Figures cited in this story are sourced from the booklet Česká menšina v Rumunsku (The Czech minority in Romania) by Jaroslav Svoboda, 1999; and Czech minority in Banat — Romania, a research paper by by Silviu Costachie, Elena Bogan, Ionica Soare and Adela Baraková, 2011. 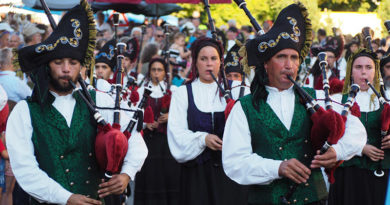 Bagpipes in Bohemia: A festival full of surpises

Best known for its ancient wonders, Egypt also boasts biblical sites, superb snorkelling, stoner hangouts, trips down the Nile on traditional sailing boats, and — best of all — sleepy oases of date palms and mud brick homes deep in the desert.