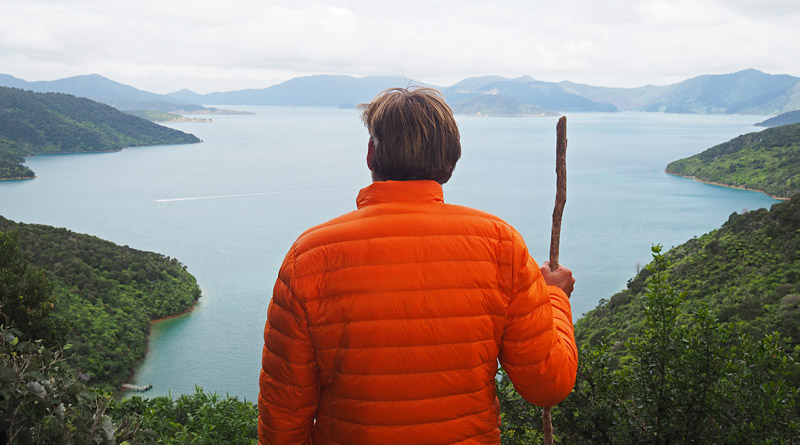 If you want to experience New Zealand’s most beautiful places — and I mean experience them, not just look at them from afar — you need to suffer a certain amount of discomfort.

You need to lug a pack groaning under the weight of a week’s worth of food. You need to put up with mosquitos invading your tent, a wafer-thin mattress and dehydrated meals. Don’t even start me on breaking camp in the rain or sharing a hut with a dozen incurable snorers.

But what if you didn’t have to suffer all that?

What if you had to carry nothing more than a freshly cut lunch? What if your bed followed you around and was waiting for you — along with a hot shower and hearty meal — at the end of each day?

It turns out that’s not just a weary tramper’s fantasy. For more than 20 years Affinity Cruises, a family business in the Marlborough Sounds, has been offering just that.

The concept is simple: Every morning a boat delivers you to that day’s starting point, and in the afternoon it’s waiting to pick you up. In the evening dinner appears and when sleep calls you retire to the same bed you left that morning.

I’m booked in for the five-night Cruise and Walk which follows the 70km Queen Charlotte Track from Ship Cove, near the mouth of Queen Charlotte Sound, to Anakiwa, near Picton. Friends have raved about the views and the intertwining of land and sea so it’s been on my wishlist for a while.

Departure is mid-afternoon from Picton. It’s a squally, miserable day, but happily it’s the last rain we see on the trip.

I soon discover Affinity is not your typical cruise ship, which is a good thing in a pandemic. She measures just 60 feet (18m), chugs along at 8 knots, and has eight two-berth passenger cabins. The main deck combines a dining saloon, galley and helm, with two toilet/shower cubicles on the rear deck.

The crew is led by skipper and co-owner Brian, an old sea dog who knows the back story of everyone who’s ever lived in the Sound. Gael is nominally the deckhand but does pretty much everything while Ann the cook is tasked with making sure no one goes hungry. Ever.

As for the passengers, they are three retired dairy farmers from Ōtorohanga, a couple from Gisborne, two friends from an Auckland walking group, and me from the Far North. The oldest is 80 and they’re all remarkably well travelled. Over dinner they swap tales of sheep farms in Inner Mongolia, island hopping in the Aleutians and shaking off government minders in Tibet.

Only a few are die-hard trampers but they’re all keen to give it a go. Ali, who’s long wanted to knock the Queen Charlotte Track off, explains why she chose the cruise: “I’m here to enjoy it, not endure it.”

There’s something magical about waking up on a boat. Overnight the 45-knot southerly has dropped to a breeze and cloud is still clinging to the top of the ridges. The only sounds are the swell slopping against the hull and birdsong from the bush.

After breakfast, before Brian drops us at Ship Cove — a favoured anchorage of Captain Cook — he steers Affinity into a secluded bay and kills the engine.

Is he about to point out something remarkable? Er, no. It’s just that the muffins are still in the oven and we can’t start without fresh baking.

There’s no guide so we can walk at our own pace and stop whenever we want. Brian offers some instructions but the track is so well-marked it would be hard to get lost.

The first day takes six hours on a brand-new track replacing what used to be a stiff climb with a gentle zig-zag offering fabulous views over Endeavour Inlet.

It ends with us trampling into the bar at fancy Furneaux Lodge to reward ourselves with cold beers. That’s another thing you don’t get on a normal tramping trip.

Life aboard the Affinity quickly settles into an agreeable routine.

The sound of the generator starting at 7.30am signals the coffee percolator is on. Breakfast is at 8am; after that a table is laid out for making packed sandwiches. Drop-off is around 9am and the first weka generally shows up five minutes later.

Pick-up at the designated jetty around 4pm is followed by a rush for the showers and the appearance of a snack table on the dot of 5pm. At 6pm it’s time for TV news then a traditional meat-and-two-vege dinner.

Perhaps it’s all the exercise but by 9.30pm — even earlier on the big days — the saloon is deserted and everyone is tucked up in their cabins.

The second day’s walk is a mere four hours so after a barbecue lunch Brian delivers us to Motuara Island, a pest-free nature sanctuary. We don’t see much wildlife on the track — introduced pests have sadly made sure of that — but the island is teeming with birds.

Within minutes a couple of South Island robins are hopping around our feet fossicking for insects and we hear the chatter of kākāriki (red-crowned parakeets) in the treetops, but it’s another species the bird nerds are looking for.

Our patience is rewarded when we’re greeted by a raucous bunch of birds with orange wattles and distinctive saddle-like markings. The rare South Island saddleback has been extinct on the mainland for 120 years but clings to survival on islands like Motuara.

That evening Brian tells me he went to sea at the age of 15 and he’s been there ever since.

At the age of 50 he was a tug master in Auckland but in 1996, bored and looking for a challenge, he bought the then seven-year-old Affinity.

It soon became clear that charter trips alone wouldn’t pay the bills so he started offering regular cruises. As well as the walking cruise the company offers summertime scenic cruises in Marlborough Sounds while in winter, when the weather down south is most stable, Affinity heads to Stewart Island and Fiordland.

“It’s been good for me. It’s kept me fit and healthy, kept me out of the pub and on the water. It’s the best thing I’ve ever done.”

The company’s target market is Kiwis aged 50-plus, particularly from rural New Zealand.

“They’re easy to look after, they gel together, they’ve all got similar interests and have travelled a lot. And most of them are very fit. They’ll go away as a group of friends,” Brian says.

At 24km the third day, from Punga Cove to Torea Bay, is the longest so the generator splutters into life at 7am for an early start.

For much of the day the track follows a ridge on a narrow sliver of land where regenerating bush offers little respite from the sun. We’re rewarded, however, by views of a series of gorgeous coves with the intense blue of Queen Charlotte Sound on one side and the milky green of Kenepuru Sound on the other.

There are also some lovely sections though shady pine forest — though wilding pines are a problem here — and, better still, patches of beech forest which somehow escaped the logger’s axe. Their trunks are draped in a tangle of supplejack vines and the track is buried in a golden carpet of beech leaves.

That evening, as Affinity motors to a sheltered anchorage in Kumutoto Bay, we’re escorted by a dozen bow-surfing dolphins. Every now and then one breaks from the pod and rolls on its side to eyeball the humans hanging over the boat railings.

There’s a lively debate over breakfast on the last full day. Not only does the walk promise to be another long one, 20km, it also takes in the highest point on the track.

Brian tells us we can walk the lot or he can drop us halfway, avoiding the climb. It’s a dilemma. My boots are giving me grief and I’m tempted to take the easy option.

Ali and Trish, however, are determined to do the full 20km. They haven’t walked this far just to skip a hill. George and Wendy are also keen but my decision is made when John announces his choice. I can hardly pike out if the 80-year-old’s doing the full walk.

Later it turns out to be the best day of all. A 90-minute uphill slog is rewarded by a glorious view the length of Queen Charlotte Sound, from Tory Channel to Picton, and for the last four hours we follow a historic bridle trail cut into the hillside above Grove Arm.

The bush is the best-preserved in the sound with ancient beech trees descending to the water’s edge and tiny native orchids blooming shyly from the track cuttings.

Once, before the land was cleared, everywhere in the Sounds must have looked like this, though the steep, erosion-prone ridges and thin soils were never much good for farming anyway. Now, after all that destruction and wasted effort, the land is slowly returning to forest.

After seven hours we emerge suddenly in civilisation, which in this case means a coffee cart at Anakiwa. I buy a Fruju — what else can you do on a hot day in New Zealand? — and celebrate by jumping off the end of the wharf. It’s an invigorating, skin-tingling way to end a 70km walk.

I may have walked it in comfort but, thanks to John, I walked it all.

You can walk the 70km Queen Charlotte Track in either direction but east to west (starting at Ship Cove) is simpler logistically, plus it feels less busy because you won’t meet lots of people walking the other way.

Most people hike it in four days or bike it in three. It’s open for mountain bikes year round expect for the easternmost section from Ship Cove to Kenepuru Saddle, which is closed to riders from December 1 to February 28.

Large sections of the track are privately owned so you’ll need a pass from the Queen Charlotte Track Land Co-op ($25 for five days, available from i-Sites, online at www.qctlc.com and a dispensing machine at Anakiwa).

It’s unusual among multi-day tracks in New Zealand because it offers a plethora of options of how to walk it and where to stay — you can put your head down in basic campgrounds, backpacker dorms, baches or luxury lodges.

You can organise the walk yourself and carry a tent and food (in which case you’ll only need to arrange water transport to Ship Cove); you can pre-book accommodation and get your pack transported to your destination each day by water taxi while you carry only a day bag; or you can go with a business like Affinity Cruises and leave it all to someone else.

Story first published in NZ Herald Travel, February 2021. The author was a guest of Affinity Cruises. 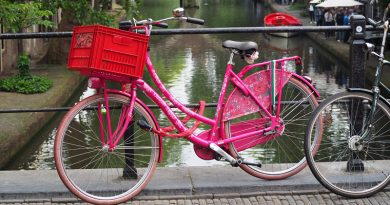 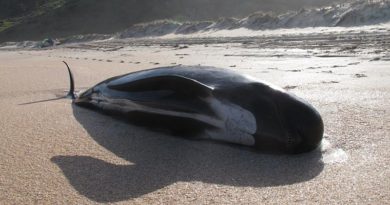 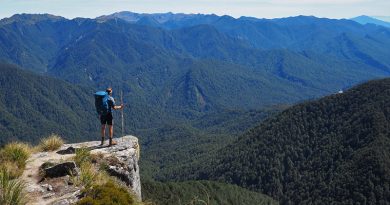